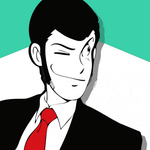 "To the guys who have been dumped, here is why you ought to shut down the lines of communication COMPLETELY and IMMEDIATELY by going no contact -

Understand first that she has almost certainly had the break up on her mind for some time before delivering the news to you - that is to say, she made the decision BEFORE announcing it to you, could have been days, weeks, months, I've even heard of cases where she pondered carrying it out for a year or more in advance. Point is, the girl already 'knew' deep down that it was over, the only lingering question from then onward was, of course, "when?" Ask yourself how many times she actually had a heart-to-heart with you and discussed breaking up. If none, then you go ghost for being so considerate to blind side you with the sudden newsflash that it's over out of nowhere. If you two did discuss splitting, if it seemed apparent that the relationship was headed straight for a gruesome ending, then you still go no contact to remove yourself from a situation that no longer benefits you, especially when your emotions are still raw and the wounds are fresh. In either case, she has had time to prepare for life without you, and you likely have not, unfortunately, so this will probably blast you like taking several rounds from a semi-automatic. You'll probably want to stop her from going through with the break up, but that's why it's crucial to comprehend that she has weighed out her options for a good deal of time now and is determined to follow through with her decision by the time that she tells you - it was NOT a snap decision. She's probably consulted friends, family, co-workers, people on forums, you name it, she's analyzed it to death...quite literally.

What you want to avoid is getting trapped in that purgatory where you recycle and replay the break up from every possible imaginable angle - "what just happened? why did she do this?", questions which typically all funnel straight into the pit of despair (translation: FALSE HOPE) in the form of the question - "can I win her back?" The answer to that is "perhaps", but I'll get to that in a moment. What you do once she tells you that she wants to go separate ways is you quietly accept her decision, agree with it, and move along like it's no big deal. Why do you do this? Well, for starters, this will get her to question her decision much, much more than if you fight it or accuse her of being (insert derogatory term). She's EXPECTING you to fall apart. Crying or begging is probably the worse way you can react, but all of those - fighting, crying, begging - ALL OF THEM will confirm to her that she made the right decision and that you NEED her in your life. Take a moment to think about how much power you are admitting to her having over you by behaving this way. Do you really think your ex wants to run straight back into the arms of a dude who cried like a little girl once she said it's over? And if it did work, she'd be getting back with you out of PITY and NOT out of STRENGTH. How much longer do you think the relationship would last for after that took place? Furthermore, how enjoyable do you think the relationship would be within that frame - you, the one who now has to be on his best behavior and not fvck it up, the one who has to PROVE HIMSELF or momma dukes is gonna kick you to the curb again, and her, the supreme judge, the one holding the whip, ready to shoot you down again at the drop of a hat as soon as you screw up once more. She's done it before, you can take it to the bank that she'll do it again.

As I wrote somewhere down below, you DO NOT want to remain friends with her after the break up. She may extend this olive branch to you, but understand that she is doing this for HER and NOT FOR YOU - she's doing to it relieve herself of the guilt of breaking up with you and/or keeping you on the backburner in case it doesn't work out with whoever else she gets involved with. Remember, she's been preparing for some time for this day - YOU HAVEN'T! What she probably wants is to let you down as lightly as possible, so she will offer to remain friends and that maybe, just maybe, one day you two can get back together, just not now... This is in all likelihood COMPLETE BULLSH1T. Don't let her keep you around for emotional support as she jumps back out into the market in pursuit of a new guy(s). She will keep feeding you false hope while you stupidly wait on the sidelines for her to make up her mind until she lands herself a new dude, then you're out for good - "Thank you former boyfriend turned emotional tampon, but I have a new guy now. Are you mad at me??? Gosh, I hope not! You're going to make the best boyfriend for some girl some day!! I miss you soooooo much!! Hope you understand!" and just like that you're gone, no longer of any use to her as she'll now have someone to satisfy her both physically AND emotionally. You're dead weight dude. Beat it (no pun)

By going no contact you are sending out a few messages of your own. First, you are not a revolving door. A girl who you are romantically involved with is either with you or she is not. These are YOUR TERMS - STICK BY THEM. You do not put up with wishy-washy behavior (ex. "I need some space" "we should take a break") Sh1t or get off the pot girl. There's no in between. Life is too short and your time is too valuable to be with a girl that cannot make up her mind about you or simply does not care to be with you any longer.
Second, you have more value and self-respect than to ask/beg a girl who has dumped you to take you back. When a girl dumps you, this ought to be treated as the highest form of disrespect because she is essentially saying "I know you through and through, I know the REAL YOU, not a glimpse of you from a cold approach or from a few dates, but the TRUE YOU, and I want that person, YOU, GONE, OUT OF HERE, OUT OF MY LIFE." If you were fired unexpectedly, would you grovel back to your boss and beg for your job back? If you didn't have any other options and lacked any self-respect, yes, probably. If you knew you were desired elsewhere, you had options, or you simply weren't willing to continue contributing for someone who no longer desired your services, of course not. Talk all the smack that you want about Lebron James, but for the sake of argument, how do teams react when HE goes on the market as a free agent vs some third year Eastern European shooting guard whose played a total of 12 games his entire career? See my point? The former can create his own destiny, the latter has to take whatever he can get.
Third, be on the look out for "bread crumbs" from her post break up. This can be a text or a phone call that will essentially lead to nowhere, although it will probably increase your sense of hope that maybe she's preparing to run back to you. Chances are, she's just checking in to see if she still has you in her back pocket or out of sheer guilt, and to that I ask you, how does it make you feel that your ex girlfriend actually feels bad for you because she is depriving you of what she has the audacity to believe are the cancer-curing properties of her v@gina? You don't chase, you REPLACE, as Biggie Smalls once wisely said. She had her chance, and she blew it.

With that all said, to reiterate, what you do is you shut her out COMPLETELY. She wanted out, she got it. Let her live with her decision. You might be thinking now "but wouldn't no contact make me look butt hurt?" The answer to that question is "who cares??? There is no more 'us', only YOU. Her opinion of you does not matter any longer, only what you think of yourself." You should only take her back if she returns begging for you back, admitting that she made a massive mistake, but remember, she dumped you, and if she did it once, she very well can (and probably will) do it again - this is why it's not advisable to get back with her. Plus, you will have to live with the resentment that your girl rejected you on the most fundamental level possible along with all the issues that led to the break up to begin with. Since she's had her time to emotionally unplug, you need yours, and no contact is the best way to do it. Now that you are broken up, realize that YOU DO NOT OWE HER ANYTHING. NOTHING. Not a single response to any of her texts, not picking up when she calls, NOTHING. Don't text her, don't email her, don't call her, remove her from all social media, DO NOT STALK HER SOCIAL MEDIA, and go ghost. Don't respond to anything she sends in your direction either. You need to heal, and she's only going to interfere with the process. Screw closure if you didn't get any. I say the best closure is to assume that you need to work on improving yourself in every way possible and GET ON IT. Work out relentlessly, excel at your job, rekindle any relationships with friends or family that may have fallen by the wayside while you were with her, immerse yourself in hobbies and interests, become the best possible version of YOU. The discipline required to do this is not easy, not by a longshot, but ride it out, ride out the pain, the anxiety, the fear, the sadness. Why? Because that is training in itself for when you get back out into the dating world. You will now have a crushing break up under your belt, but I assure you, it's for the best as you will have first hand knowledge that you CAN and you WILL get past the chaos, it won't kill you much as it may seem like it will, plus it will make rejecting anyone in the future who does not meet your standards much, much easier. The way to fulfilling the commonly peddled phrase that the next girl will be better is by following through with an extreme devotion to improving yourself. If you stick by it, you will actually see that your ex has, in fact, done you the biggest favor in the world by knocking you on your @ss and forcing you to rise stronger than ever. Remember, no contact is NOT some sneaky little strategy to get your ex back - it's to get YOU BACK!!!﻿
"
_______________________________________ 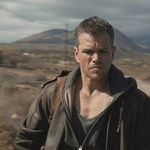 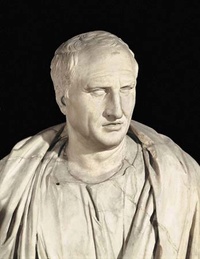 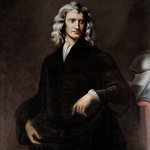 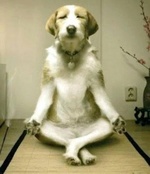